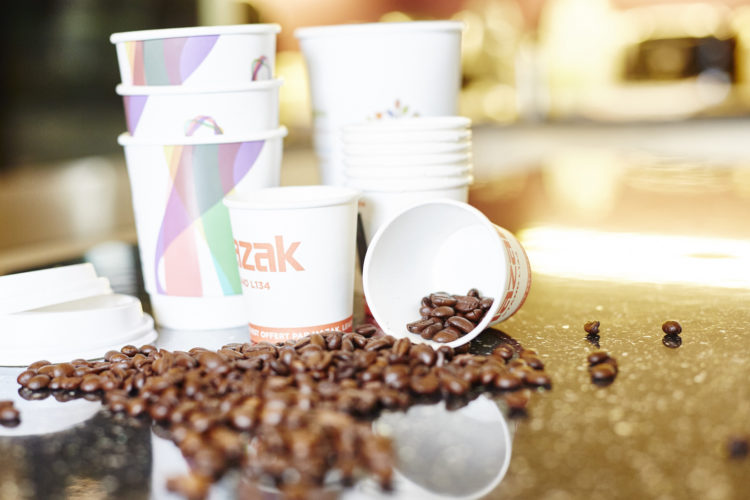 Why do British people cherish coffee that much? I am sure every Briton has their own reasons, with some, like the beverage’s refreshing taste, antioxidant and anti-inflammatory properties and being a stress minimizer, being common to many people. In fact, some people even believe that the United Kingdom is gradually becoming a country of over-caffeinated coffee fanatics.

Coffee and caffeine are two things that have been at the centre of the wider health debate across the globe for at least the last century. Normally, what comes up in most of the discussions about caffeine is its pro and cons. Researchers at the University of Southampton recently conducted an extensive review of over 200 past studies on coffee, with their findings revealing that coffee is capable of tremendously lowering the risk of early death for humans.
Although coffee may be a beverage that fuels the world today, things haven’t always been like this. Among health-conscious persons, coffee has often been considered somewhat controversial.

However, the University of Southampton survey dismisses a majority of the most common fears people have had regarding coffee. Apart from considerably reducing the risk of early death, coffee also has myriad other health benefits.

According to the researchers, a daily consumption of 3-4 cups of coffee is ideal for the human body. British people drink up to 55 million cups of coffee per day, meaning that despite being branded “an over-caffeinated nation”, Britons still consume way less than one cup per person on average. If this survey is anything to go by then, Britons need to consider consuming more of the caffeinated beverage rather than less! Roasted coffee contains over 1,000 bioactive compounds, with some of them potentially being therapeutic, anti-inflammatory, anti-oxidant, anti-fibrotic and anti-cancer.

Roasting green coffee beans makes them undergo a complex chemical metamorphosis process that hugely boosts their biochemical composition. Your method of preparing coffee will also enhance this. According to the findings of the research that were released on November 22nd 2017, up to 7 cups of coffee a day could reduce the risk of all-cause mortality by an impressive 10%, though 3 cups per day is the ideal amount for optimum health benefits. The arguments here were based on two recently-released cohort studies that involved a total of 521,330 and 185,855 participants respectively, both groups studied for mean periods of 16 years independently.

Coffee also safeguards the body against many cardiovascular ailments, with a regular consumption of the beverage being persistently linked to lower levels of cardiovascular mortality. Coffee lowers the risk of coronary heart disease, stroke and hypertension, with non-drinkers experiencing up to 16% higher risk of cardiovascular disease than drinkers.

What is even scarier is that this risk difference soars to a whopping 30% for strokes. Consuming an extra cup of coffee equally lowers the risk of myocardial infarction. Although cardiovascular diseases can be directly linked to 31% of deaths worldwide and 45% in Europe, the WHO says that most of them could be avoided if behavioural risk factors are sufficiently addressed.

Coffee Vs. Cancer and Liver Disease

According to a meta-analysis of 40 cohort research studies, drinking coffee considerably diminishes the risk of cancer, with consumption of 3-4 cups being directly linked to lower incidences of endometrial, prostate, liver, oral and non-melanoma skin cancers, as well as melanoma and leukaemia. Coffee also reduces by up to 29% the risk of contracting non-alcoholic fatty liver disease, liver fibrosis by 27% and liver cirrhosis by 39%. The beverage also reduces the risk of death from cirrhosis, gout, gallstones and renal stones. Liver diseases are the 5th biggest cause of death in England and Wales.

Coffee has been intricately associated with metabolic disorders, with its consumption reducing the risk of metabolic syndrome and type 2 diabetes. In addition to reporting similar benefits, a joint 2016 study by Italy’s University of Palermo and University of Catania also highlighted the benefits of chlorogenic acids and polyphenols contained. The two organic agents have direct anti-hypertensive properties that enhance glucose and insulin levels in the blood. Metabolic syndrome is a lethal killer that manifests itself in the form of cardiovascular disease, diabetes, cancer, obesity and insulin resistance. It is known as a “maladaptation to the modern world”.

A Harvard University study published in 2015 examined potential coffee properties to mitigate against Parkinson’s disease initially highlighted by Dr Alberto Ascherio’s 2001 research. Indeed, coffee can reduce the risk of Parkinson’s disease by nearly 50%. In the 10-year long Harvard study, 47,351 men and 88,565 women were surveyed, demonstrating caffeine’s positive impact on fighting Parkinson’s disease. In a study conducted by the Institute for Scientific Information and whose findings were released in 2016, consumption of coffee was reported as being able to lower by 27% the risk of Alzheimer’s disease.

Coffee drinkers also have fewer incidences of depression and cognitive disorders associated with Alzheimer’s. Alzheimer’s disease is the most prevalent type of dementia, affecting up to 62% of those diagnosed and has no cure. Currently, Britain has about 850,000 people affected by dementia, with this number projected to soar to more than 2 million by 2051. Globally, 46.8 million people are approximated to suffer from dementia.