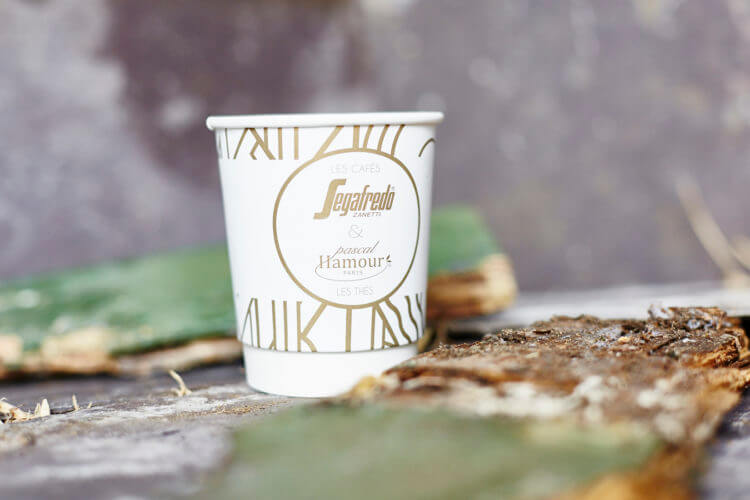 The coffee industry in the UK is proving to be thriving and profitable, and promises to continue this trend into 2018. Allegra World-Coffee Portal has recently published a report called Project Cafe 2018 U.K, which shows 5.3% growth within the coffee shop market, with over 24,000 coffee shops now operating in the UK. Over 2017, 1,215 new coffee shops opened their doors around the UK.
Players within the industry are confident that the market will continue to develop in this direction, and Allegra’s predictions estimate that by 2022 the UK will have over 31,000 coffee shops. This will create an annual profit of around US$18 billion, making it a lucrative market to get involved with in the future.

The Growth in Coffee Industry continues over from 2017

This prognosis comes after the coffee industry demonstrated an exceptional performance during 2017. Allegra’s report found that 71% of the coffee sector executives have high hopes for a continuation of this trend in 2018. Within the UK, the British habitually show partiality toward coffee giants such as Caffe Nero, Starbucks Coffee and Costa Coffee. These companies dominate the coffee market in the UK, with 675, 956 and 326 coffee shops respectively. Together, these companies make up 52.9% of the shares in branded chain markets, and for the eighth year in a row, Costa Coffee was named the ‘Nation’s Favourite’ by a nonpartisan panel of consumers.
The coffee industry is also performing successfully within the global market, with an estimate that in the next five years the total market will expand by 1.1%. Over the next two years, the international coffee supply is expected to reach a surplus of 4 million 60 kilogram bags. Brazil alone is predicted to produce a harvest of 60 million bags, with 16 million containing robusta strains, and arabica in the the remaining 44 million bags. This number shows an increase in global coffee development, which may be due to the changing nature of coffee consumption and business throughout the past few decades, as well as the emergence of ‘coffee culture’.

The Coffee Industry is at its Peak, courtesy innovations and change of expectations

The global and national coffee industry is currently experiencing a peak, which may be connected to the steady rise in popularity of artisan coffee during the mid-2000s. Once emerging as a niche market, artisan coffee is now becoming widespread throughout all regions in the UK. While companies such as Costa Coffee remain at the top of the market, artisan coffee is fulfilling a growing demand within emerging customer demographics. Described as ‘business coffee’ or the ‘5th wave’, artisan coffee promises innovation, professionalism, and boutique approaches to existing chains, and aims to primarily attract Millennials.
Allegra found that in 2017, artisan chains such as The Juice & Gail’s, Grind & Joe experienced substantial growth by embracing the 5th wave movement, which emphasises Millennials’ indifference to big brands, and has a focus towards exceptional service and top quality coffee. Other prominent brands are adopting this approach, focusing on improving customer experience over other factors in order to reach the top of the market. The combination of this increased competition and striving for professionalism is ensuring that the coffee market will remain prosperous, as well as constantly transforming, for existing and future competitors. 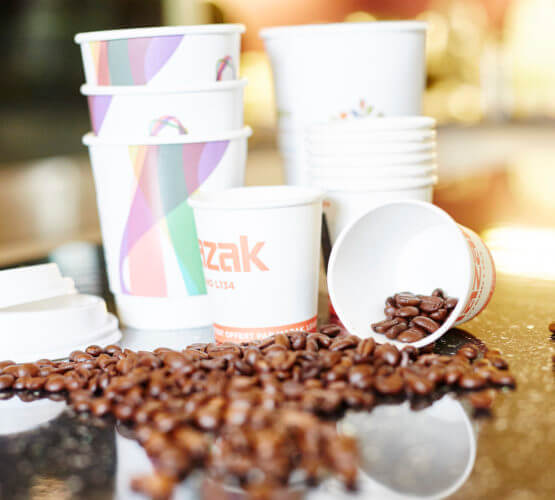 As well as raising the bar to a higher level of professionalism and coffee quality, some coffee shops are also bringing the concept of hospitality back to what it once was. Since technology became portable, coffee shops have developed a reputation for being an ideal place for having meetings, doing work or catching up on social media. An increasing number of coffee shop owners want to change this, and bring coffee shops back to the atmosphere of the old days, with a focus on real-life connections and the ability to have a break from the tedious everyday routine. Without free WiFi and laptops on every table, coffee shop owners anticipate that customers would be naturally inclined to consider their time in a coffee shop as a time to relax and appreciate the simplicity of a smile, a conversation with the person next to you, and a coffee, rather than just another chance to work or check social media.
The brands that are adopting this new attitude towards the meaning of hospitality have the opportunity to detach themselves from the current trend of coffee shops that encourages non-stop working and connectivity, as well as isolation. Consequently, they may have the opportunity to flourish within an expanding niche market that may become the benchmark for coffee shops in the future.
Today’s players within the coffee industry are encountering a new era for coffee, in all areas surrounding it. With a step back to the original idea of hospitality, niche markets, artisan coffee, innovative business models as well as a new conception of coffee itself, what was viewed for a long time as a beverage with an energy boost is now becoming an experience of tastes, strains, emotions, textures, and possibilities. Top brands are encouraging customers to discover the entire process of drinking coffee, which involves the journey of the coffee from plantation to cup, the features of the particular coffee bean, and the increasing ways to manipulate coffee and create new recipes. This method adds value to all of the factors surrounding coffee, and increases the inherent value of coffee and the process of drinking it.
Cafes around the world are adopting new innovative recipes for coffee that take it far from a simple latte. Some of the most popular new styles of coffee include drip coffee, nitrogen coffee, cold brew, butter coffee (or Bulletproof coffee, which is supposed to help you lose weight with the help of medium-chain triglyceride and grass-fed butter), and Greenlandic coffee (which has not only coffee, but whiskey, Grand Marnier, Kahlua, and whipped cream). These coffees promise fresh flavours and endless Instagramming opportunities, as well as increased revenue for enterprising coffee shops that are daring enough to elaborate on traditional coffee recipes.
Leslie Carr of Scyphus predicted these movements of the coffee industry four years ago, mentioning the potential coffee businesses when he wrote about ‘5 steps to a successful startup coffee shop’ on his post here, we are a company that specialises in branded paper coffee cups, and has been at the forefront of the possibilities within the coffee market, including everything from boutique coffee shops to gourmet coffee.
X