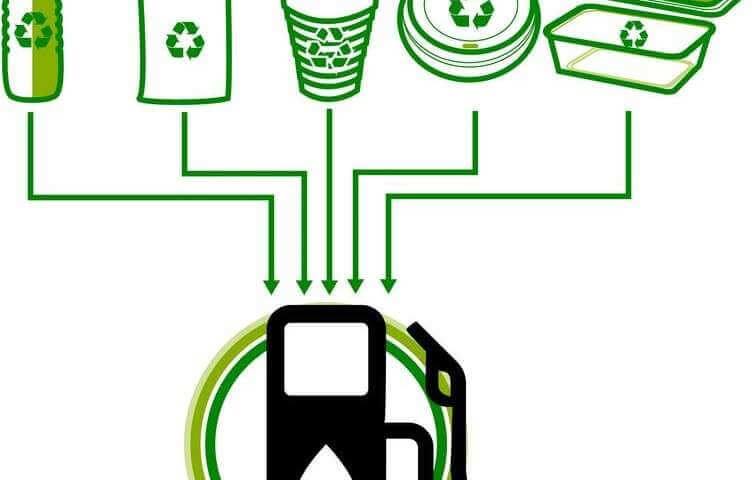 The increasing awareness around environmental damage caused by plastic waste is encouraging researchers around the world to find sustainable disposal solutions for the accumulating plastic waste. The energy industry is one of the sectors exploring various ways to transform plastic into fuel.  Most of these projects use the chemical energy in the hydrocarbon structure of the plastic to create a cleaner burning fuel than traditional sources because of their low content in sulphur. However, the majority of these projects still remain in their developmental stage.

According to statistics, less than 5 percent of plastic manufactured yearly is recycled. This figure is disquieting since the production of plastic is set to increase by 3.8 percent each year until 2030. This will keep adding to the billions tons of plastic waste that is polluting the world since some 50 years. A considerable quantity ends up in oceans, disrupting marine ecosystems.

Various projects are mushrooming across the world to curb such pervasive pollution and to transform plastic waste into a valuable product. Converting plastic waste into fuel is one of the solutions that can radically help to halt plastic pollution while making it a valuable resource. The American Chemistry Council considers that plastic-to-fuel solutions could generate around USD 9 billion in terms of economic output and about 39,000 jobs in the US only. As such, the plastic-to-fuel solution is viewed as having a high potential on the global market.

From plastic waste to clean fuel for cars

One of the latest inventions in this field was made by a group of chemists from Purdue University in the US. The team has developed a revolutionary technique to convert polypropylene (PP) into pure fuel. Polypropylene waste accounts for about 25% of the estimated 5 billion tons of plastic that have accumulated in landfills around the world in the past 50 years. Commonly used in the manufacturing of plastic items such as medical devices, toys and product packing, PP accounts for about one quarter of the 5 billion tons of plastic waste that has ended in landfills in the past 50 years. The researchers have stressed that about 90 percent of the world’s polypropylene waste produced annually could be converted into fuel with their technique.

Another team of researchers from Swansea University has equally worked on a project to convert plastic into hydrogen fuel that could be used for cars. The process they used is known as photoreforming that produces bubbles of hydrogen gas in the end. This technique should be less costly than traditional recycling methods as any plastic can be transformed without needing to be cleaned beforehand. According to figures given by Balance Small Business, it costs around USD 4,000 to recycle a ton of plastic bag, discouraging businesses to opt for it. The team is now exploring ways to scale up the process to be able to photoreform more sizeable pieces. Even though it may take some more years to roll out this project at industrial level, its development can be useful to companies having hydrogen vehicles projects in the pipeline.

From plastic to diesel and crude oil

Another team of chemists from the University of California has, together with researchers from Shanghai Institute of Organic Chemistry, invented a technique to transform plastic into petroleum and other fuel products. The researchers were successful in restructuring the polyethylene found in plastics into liquid fuel that can be used in cars or for other industrial purposes. The catalysts that were used were compatible with a wide variety of additives, meaning that plastic waste such as bags, films, and bottles did not have to be pre-treated.

Another fruitful project is that of researchers B.K. Sharma and Kishore Rajagopalan from Illinois Sustainable Technology Center, in collaboration with the US Department of Agriculture. The team successfully converted plastic bags into fuel in 2016. The process consisted in transforming plastic bags into plastic crude oil which was then distilled to make gasoline and two types of diesel. Once antioxidants were added, the final product proved to be superior to traditional diesel in terms of lubricity and ignition quality.

Ultra-low sulphur diesel has also been developed by US firm Plastic2Oil. This innovation paves the way for a viable alternative, yielding one gallon of fuel from 8.3 pounds of unwashed and unsorted plastic. Minimal energy is required for this operation as the processor uses its own off-gases as fuel. The plastic-derived fuel can also be refined and separated without any additional cost as it does not require a distillation tower.

Even if the plastic-to-fuel alternatives being developed are seen as revolutionary and decisive in curbing plastic pollution, and in creating a circular economy of plastic, green groups have expressed resistance against such solutions. They argue that instead of reducing plastic waste, countries will be forced to continue producing plastic in such a system where plastic-derived fuels would become an integral part of various industries. Janek Vahk, a policy officer at the NGO Zero Waste Europe stressed that “member states would be locked in the situation where they would have to continue plastic waste’.

The UK, the Netherlands, the Czech Republic and Finland are the four countries that have already vouched for plastic-derived fuels. The UK already has several plants for the conversion of plastic into fuel. In Canada, the company Enerkem is planning to set up a plant having the capacity of converting 360,000 tons of waste into 270 million litres of “green” methanol. In 2019, Zeme Eco Fuels and Alloys will start its operation in Cyrprus to transform plastics into fuel through a chemical process. The CEO argues that such a process should be considered as recycling as plastic waste is being turned into something not only useful but viable.

Nonetheless, there are many advocates for plastics-to-fuel solutions, including David Attenborough who has backed such projects for use in aviation. As a matter of fact, there is no alternative for the fuel in planes and plastic-derived fuel is seen as a viable option.

I have changed my mind

Branded Paper Cups is now shipping all over Europe in 48 hours.
express shipping is available to all our customers.

Our printed Paper Cups are environment friendly, they are GREEN

Think before ordering your Paper Cups