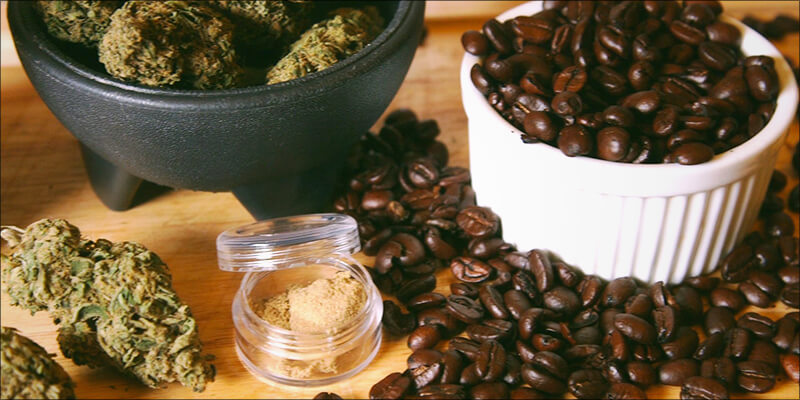 Coffee continues to surprise researchers from all over the world. According to a recent report from the Northwestern University of Chicago, coffee affects the same parts of the brain as cannabis, namely the endocannabinoid system.

Coffee discovered to act on the same brain parts as cannabis

After studying the research participants living in Finland, researchers discovered that coffee, like cannabis, affects the endocannabinoid system, an area of the brain that is associated with various cognitive and physiological process, including fertility, sleep, pregnancy, immunity, addiction and more. Their findings support the hypothesis that both coffee and cannabis share certain neural and physiological properties; properties that have far reaching effects on the human body and even human behavior.

Coffee and cannabis both affect metabolites in the endocannabinoid system

The study took approximately three consecutive months to complete and it involved 47 participants from Finland. The participants were asked not to drink coffee during the first month, consume four cups of coffee per day on the second month and then eight cups per day on the third month.

Dr. Marilyn Cornelis and her team of researchers employed advanced profiling techniques and methodologies to track around 800 metabolites in their research participants’ blood streams. The body creates metabolites to regulate the body’s metabolism and cellular functions. According to the researchers, such examinations were carried out only after the end of each phase, so as to better analyse and contrast the effect of both cannabis and coffee on each research participant.

The researchers discovered several interesting results while studying the group. They found that drinking coffee helped to reduce the level of blood metabolites in the processes of the endocannabinoid system. They also found that this process affected the same areas of the brain which are affected by smoking cannabis.

Tetrahydrocannabinol (THC), which happens to be one of the most important molecules in cannabis, taps into the same neural network that coffee taps into to trigger similar psychoactive effects. Thus, coffee has properties which are quite similar to those of cannabis.

Coffee is believed to affect eating behaviour
However, although both coffee and cannabis affect the same areas of the brain, such effects are quite different from one another. As a depressant, cannabis slows down brain activity, reduces psychological processes and creates a feeling relaxed euphoria among people.

In contrast, coffee is a stimulant and has the opposite effect on people, making them more energetic and more active the more they consume it. Such findings have allowed researchers to compare and contrast the effects of both cannabis and coffee, allowing researchers to better understand and predict their effects.

One of the most interesting differences between the effects of coffee and cannabis are their effects on people’s metabolites. Whereas coffee consumption decreases the amount of blood metabolites found in the endocannabinoid system, cannabis consumption lowers them.

Additionally, researchers also found that the polyphenols found in most coffee beans act to regulate glucose levels, while a similar research study performed by the Department of Nutrition and Dietetics’ Metabolic Unit at Harokopio University found that consuming 6 mg of caffeine helped to reduce energy intake in the meals that followed. These effects were particularly acute among obese or overweight patients.

Aside from their differences, coffee was also found to have benefits and properties which cannot be found in cannabis. Coffee, for example, was found to reduce the risk of certain ailments, prevent early death and even help promote weight loss.

Furthermore, although both coffee and cannabis affect the same areas of the body, their effects on how people feel and react towards physical activity couldn’t be more different. As a stimulant researchers from various universities have found that coffee can help people become more active, more energetic and more positive in their daily activities.

Moreover, although cannabis has developed a reputation as a recreational drug, the positive physical effects of coffee makes it a good option for people who wish to overcome feelings of depression and anxiety. The presence of polyphenols not only allows coffee to better regulate glucose levels (a key component in feelings of depression and anxiety), it also allows people to feel less dejected than they actually are by simply making them more active and energetic.

Although additional research will be required to analyse the full set of differences and similarities between cannabis and coffee, researchers have already uncovered a great deal of information about these two different substances. Further research will also allow researchers to identify those properties which offer the best benefits.